The International Forum for Peace, Security & Prosperity has constituted a special Advisory Committee of individuals with expertise in secondary education and influence in Canada and Europe. The Advisory Committee provides the IFPSP with needed expertise in crafting our strategies, methodologies, and criteria for student contests. The following are current members of the committee (click on names for more information). 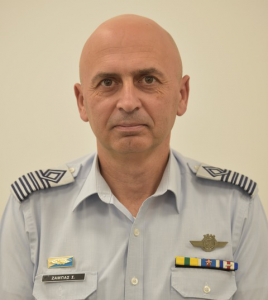 Lt Col Symeon Zambas graduated from the Hellenic Air Force Academy and joined the Cyprus Air  Force in 1993. In the first part of his career he occupied operational posts in Air Defence Units and  was Commander of the Cyprus Air Defence Training Centre.

From 31 July 2009 to 28 February 2014 he served at the Defence Policy and International Relations  Directorate of the Cyprus Ministry of Defence in the EU Council Presidency of Cyprus team and as  Desk Officer for ESDC Activities, Military Erasmus, EU Institute of Security Studies, Single European  Sky and Eurocontrol.

During this period he designed the CSDP Olympiad and organised the first CSDP Olympiad in Cyprus.  He served twice as a CSDP Orientation Course Director and was also the Director of the fourth CSDP  High Level Course module 2013–14. He has been a member of the Implementation Group of the  European Initiative for the Exchange of Young Officers, inspired by Erasmus and a member of the  ESDC Executive Academic Board since 2009. He was appointed chairperson of the Strategic  Communication and editor of the Newsletter on the Military Erasmus initiative from 2012 to 2014.

He has been the Military Training Manager of the ESDC from March 2014 until February 2020 and in  this capacity, he coordinated the Military Erasmus Initiative, he was the co-creator of the CSDP  Doctoral School in 2017 and its coordinator until September 2019, and the creator and first chairman  of the EU Military Secondary Schools Forum since 15 October 2019. During this period, he was also  the Coordinator for the Maritime Security, Energy Security and European Armaments Cooperation  Courses and of the CSDP Doctoral summer School 2019.

He has followed the Nottingham University Economic and Social Research Council E.S.R.C. ‘Impact  Leaders Programme’ from September 2019 to January 2020.

He is the co-Founder and first Chairperson of the European Citizens Association since 5th February  2020 https://www.european-citizens-association.eu/ .

Since March 2020 he is back to the Cyprus Ministry of Defence and he has been appointed as the  Director of the Security and Defence Academy. 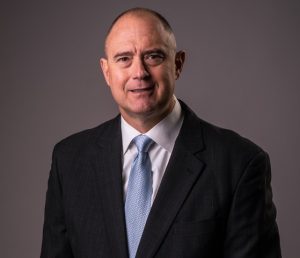 Mr. John Melkon is an Assistant Professor at the United States Military Academy and has been charged with building and leading the Center for the Study of Civil-Military Operations at West Point since 2012. In this capacity he is responsible for facilitating the coordination, planning and execution of the strategic vision and mission for the Center to educate faculty, cadets and the community of practice. He also teaches Seminars on Sub-Saharan African Geography, as well as the Geography of the Middle East and North Africa. He has co-authored a chapter in the textbook Effective Civil-Military Interaction in Peace Operations and has appeared on panels at Princeton University, USAFRICOM, the United States Institute of Peace and the US Naval War College. He is an adjunct for the Countering Transnational Organized Crime course at the Marshall Center in Garmisch Germany. He currently serves on the Boards for the George Bush School of Government and Public Service, the Alumni and Friends of Princeton ROTC and is a plank-holder for the Princeton Veterans Association.

Prior to his service at CSCMO, Mr. Melkon served as a Senior Operations Advisor to the United States Army Africa in Vicenza, Italy from 2009 to 2012. He was responsible for providing strategic liaison to Inter-Agency and multi-national partners and advising the command on critical operational planning. During that tenure he served the command in OPERATION ODYSSEY DAWN. He was also a Strategic Operations Officer for the Department of Defense from 2006 to 2009 with service to OPERATION ENDURING FREEDOM. Before re-entering public service Mr. Melkon worked as an International Banking Associate for Credit Suisse First Boston in Frankfurt, Germany. Prior to his civilian service Mr. Melkon was an Army Special Forces Officer who served for over thirteen years on five continents and dozens of countries before retirement.

In over thirty years of national security service to the United States of America, Mr. Melkon has had operational and combat experience in Europe, Africa, the Middle East, and Central and South East Asia. His expertise spans a wide range of Civil-Military Operations, Unconventional Warfare, Counterterrorism, Counterinsurgency and Foreign Internal Defense. Since 9/11 Mr. Melkon has served multiple combat tours in Afghanistan as a uniformed and civilian service member. During that time he planned and executed combat operations with elements of Joint Special Operations Task Forces and other Special Operations Forces against elements of Al Qaeda, the Taliban, and various terrorist organizations. He has received a number of awards including the Afghanistan Campaign Medal, Combat Infantry Badge, Secretary of Defense Medal for the Global War on Terrorism and the Joint Civilian Service Commendation Award from a Joint Special Operations Task Force. He is Special Forces, Ranger and Airborne qualified. He is a graduate of the National Senior Intelligence Course and also an FBI Certified Crisis Negotiator. He is a licensed Private Investigator in New York, New Jersey and is a partner in DDCues, a bespoke Risk Mitigation & Security firm with offices in NYC and DC and global field operations. 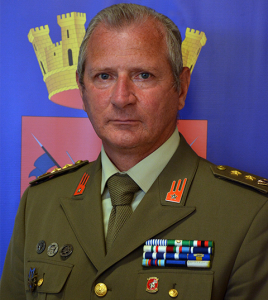 Lieutenant Colonel Carlo Uberto MASSIMO is a regular army officer of the Cavalry branch, currently serving at the Military Command of the Italian Army in Sicily, where he holds the position of Section Head for Public Information and Promotion of Recruitment. In this context, he deals with contacts with the mass media, with schools, and with numerous local issues. He works to promote the public image and recruitment for the Army in Sicily.

Lieutenant Colonel MASSIMO has had a long military career, serving in Italy and abroad. He has served in several Cavalry Operations Units (Montebello Lancers Regiment” in Rome, Lancers of Aosta Regiment in Palermo, and Lancers of Novara Regiment in the province of Udine) in both command and staff roles. He has served as commander of the demonstration and training squadron of the Cavalry School, has deployed on operational missions at home and abroad (Albania, Bosnia, Afghanistan and Lebanon), has served with NATO at the Supreme Headquarters Allied Powers Europe (SHAPE) in Belgium and in High National Commands, including the Joint Forces Operational Command HQ and the Southern Military Region Command. He began his career as a commander of small armored scouting units and patrol boats. He subsequently specialized in international contingency operations with a focus on crisis management, personnel selection, recruiting, public relations, and media affairs.

Lt Col Massimo is the designated project officer for the Italian component of the current initiative, under the authority given to the Commander of the Army in Sicily as directly by the Defence General Staff. 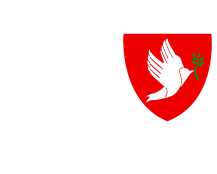